A place for the Learning Ranks to socialize and mingle.
Post Reply
2 posts • Page 1 of 1 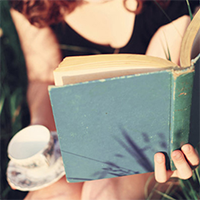 The note that had been pinned to Talaitha's door had been instructions for her and a member of the Dedicated to run a class together. Talaitha noticed that the Dedicated's name had not been supplied, but there had been a class put to one side for them to practise what it was they would be teaching, and the time had been set for that evening. Tala knew that her evening was free without having to look at her schedule, and she penciled in the teaching practise. They would have to decide what subject they taught o something that the two of them could do together. And that had begun to make her wonder what talents the Dedicated had. It was enough to distract her from her essay on the subtle differences in the class structure of the nobility of Cairhain. So pushing her thoughts to one side on the matter, she focused in on her essay, which was full of so many issues that she found she had to rewrite the thing.

Twenty minutes before the assigned time, Talaitha took up her small satchel with her parchment and pencil, and after making sure her dress was crisp and smooth, and her hair hung loose down her back held back by a simple white ribbon, she made her way through the Accepted Halls, and towards the teaching area. She was a little nervous as she did not know many of the Dedicated well, and well, it would be interesting to see who she was partnered with.

She arrived early to the classroom, and she moved to one of the tables, and laid her satchel down. She took out her parchment, and pencils, two of them (just in case) and then settled down to wait. She had made a list of the weaves she was very good at casting, and what she thought her talents were in. Taking out a little book about the Borderlands, and the way they were interconnected by marriage, she waited for her counterpart to arrive.

He was now being assigned to run a class with an Accepted. That made him all kinds of nervous! He knew after becoming a Dedicated he might have to teach, but this was the first time he'd been confronted with the fact head on. He didn't really know too many Accepteds, and he had taken notice that on the notification there was no name listened. He would find out in short order though, because there seemed to be a time set up for him to meet up with this individual and plan the class that they would be giving. There was so many unknowns here, but he supposed that made it more exciting! He looked down at the assignment he was working on, but he couldn't really focus on it, so he pushed it aside. It wasn't due for three days anyway, he could improvise later.

So he found himself heading towards the designated room about ten minutes before he was set up to meet this Accepted. He wasn't usually the time to show up early and honestly had problems showing up on time sometimes, but right now, he was so curious he couldn't stand it. He had made sure he looked presentable, and there was no dirt and wrinkles on his uniform. He also proudly affixed the silver sword to the to the left side of his collar. He hurried down the hallway and towards the room he'd been told to meet his teaching partner in.

He was carrying a blank piece of parchment, but he'd forgotten a writing utensil as he had been in a hurry to get to where he'd been going. He burst into the room, a ready smile on his face. When he saw whom was there his eyes widened and he lifted his hands up in his excitement, his eyes dancing. "Well, this is a surprise! Talaitha! How have you been?!" He asked joyously.

Return to “The Learning Ranks”

Users browsing this forum: No registered users and 6 guests